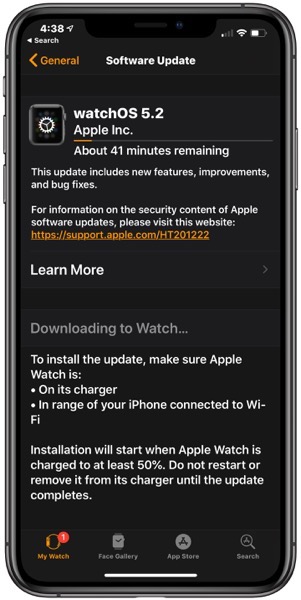 Apple has made watchOS 5.2 available for download this afternoon, which brings new features for Apple Watch users.

Series 4 users in Europe and Hong Kong now have the ECG app (sadly, nothing in Canada yet), along with irregular heart rhythm notifications in Hong Kong and some regions in Europe.

You can download watchOS 5.2 by opening up the Watch app on iPhone, then going to General > Software Update.

The experts over at iFixit have just published their teardown of the Apple Watch Ultra on YouTube, calling it “beautiful, rugged, and almost repairable.” The all-new Apple Watch Ultra officially went on sale on Friday, debuting the biggest change to Apple Watch yet, with the watch sporting features targeting extreme athletes. It’s designed to compete...
Usman Qureshi
2 days ago