A Million Downloads of Angry Birds Halloween In Just 6 Days

Rovio is happy to announce that Angry Birds Halloween has been a resounding success, with a million downloads in App Store in just six days.

Rovio announced today on their Blog, that the Halloween edition of Angry Birds ( iTunes Link ) took only 6 days to reach 1 million downloads. 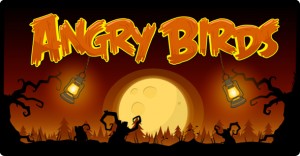 This is another example of the effectiveness of the 99 cent business model. Right now in the U.S iTunes App Store, the top 10 selling apps (downloads) are all 99 cents, and 5 of those are also in the top 10 grossing apps.

Can’t get enough Angry Birds? Check out these amazing costumes.

American Express Canada recently updated their iOS and Android apps to include built-in chat support. The new feature allows cardholders to chat with a representative for customer support. All you have to do to get started is tap the ‘chat’ icon in the upper right corner of the app to get started. Once you ask...
Gary Ng
4 days ago