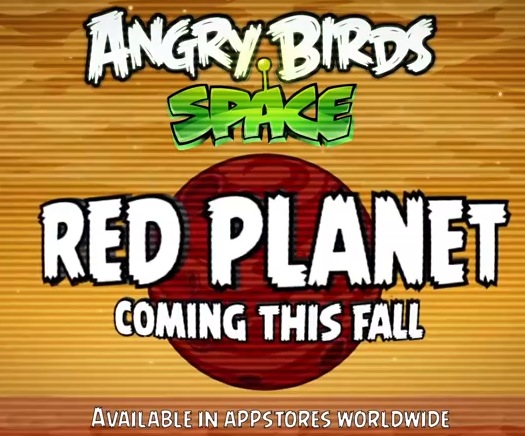 Last night Rovio released a new trailer for the latest instalment of Angry Birds Space, Red Planet. This new episode takes the Angry Birds to Mars as the piggies have hijacked the Curiosity Mars Rover. The update brings 20 new levels and introduces a new astronaut pig:

NASA and Angry Birds team up for the most epic episode yet! The piggies have hijacked the Curiosity Mars Rover — but instead of searching for ice crystals, they’re looking for eggs!

Blast through 20 fiery levels on the red planet, plus two antenna egg levels!

Rovio has previously noted Angry Birds Space has become one of their fastest growing games (the #1 of all time) with over 50 million downloads in just 35 days of its launch. A couple weeks ago, the original Angry Birds was updated with new tropical levels.

You can download Angry Birds Space here–it’s $0.99. Are you still playing Angry Birds?