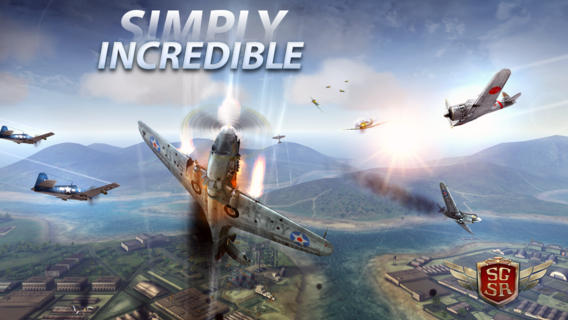 Apple’s free App of the Week pick for this week is Sky Gamblers: Storm Raiders, which normally retails for $4.99, and also a recent 2013 Apple Design Award Winner. The game is a 470MB download and was launched by AtypicalGames last fall:

Since its initial launch in November 2012, the World War II-style arcade game has been redefining the standards for mobile gaming with its spectacular array of visual effects, diverse single and multiplayer campaigns, and historically accurately rendered aircraft. And in true Sky Gamblers fashion, players on mobile and Mac can face off against each other, as players are prisoner to no platform in the world of Sky Gamblers!

Click here to download Sky Gambers: Storm Raiders while it’s free for the week. Let us know if you’re going to get this.