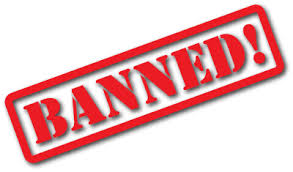 Citing “unresolved issues”, Apple has banned the last bitcoin wallet application from its App Store, reports the Telegraph. This is the company’s last move in eliminating similar bitcoin apps.

Previously, Apple had removed Coinbase and BitPak applications that essentially were the “bank accounts” of the digital currency. But Blockchain somehow survived the Apple scan for bitcoin wallet apps . . . until yesterday.

Blockchain was by far the most popular app, with about 120,000 downloads, and it has a dedicated Mac Application and a website. The application was removed yesterday from the App Store, but the developers aren’t concerned. Instead, they point back to Apple’s ars poetica from the 1990s which says:

“Here’s to the crazy ones. The misfits. The rebels. The troublemakers. The round pegs in the square holes. The ones who see things differently. They’re not fond of rules. And they have no respect for the status quo. You can quote them, disagree with them, glorify or vilify them. About the only thing you can’t do is ignore them. Because they change things. They push the human race forward.”

What’s interesting, though, is that Apple has pulled the app based on an “unresolved issue”, a claim that leaves no chance for developers to open a dispute.

However, there is a petition demanding that Apple allow bitcoin wallet apps in the App Store, which, as of writing this article, has been signed by 2,926 supporters.