Apple’s 12 Days of Christmas Day 5: How I Met Your Mother, Season 1 Pilot 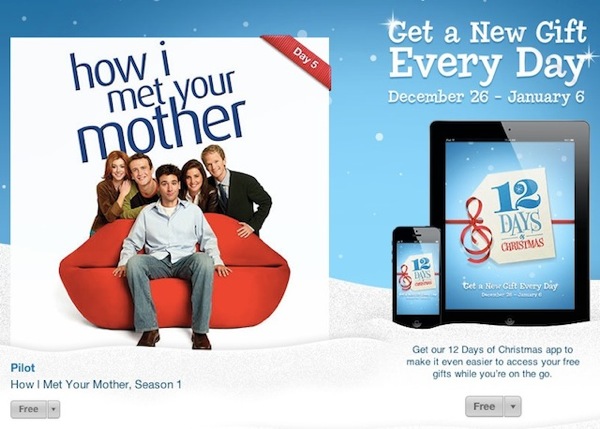 Day 5 of Apple’s 12 Days of Christmas has the pilot episode of the TV series How I Met Your Mother. The episode originally aired back in September of 2005 and comes in as a 263MB download in SD:

In 2030, Ted tells his children the story of how he met their mother, beginning back in 2005 with Marshall and Lily’s engagement. Ted, eager to find his soulmate, meets Robin, and sets his sights on marrying her.

This is an interesting choice for a freebie considering the show is fairly old. For Netflix subscribers, you already have access to 7 seasons of the show.