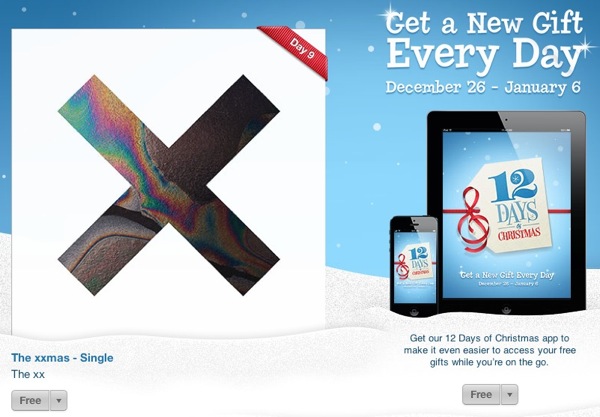 Day 9 of Apple’s 12 Days of Christmas is a single from English indie pop group, the xx. The free track is Sunset (Jamie xx Edit) along with two videos from the album Coexist, released this summer: Angels (Live in Tokyo) and Chained.

The band was formed in 2008 and consists of: Romy Madley Croft, Oliver Sim, Baria Qureshi, and Jamie Smith. You can download the free track and videos by clicking here. Only three more days of freebies left!