AutoTRADER.ca, Canada’s largest online marketplace for automobiles has now also proclaimed their iOS app has become the most popular app for buying and selling used cars as well, as the app has surpassed 1 million downloads:

“App downloads for smartphones and tablets are very much a bellwether for our success,” says Ian MacDonald, Director of Marketing for autoTRADER.ca. “We are pleased to know that the service we provide is popular with so many looking for help buying and selling their vehicles online.” 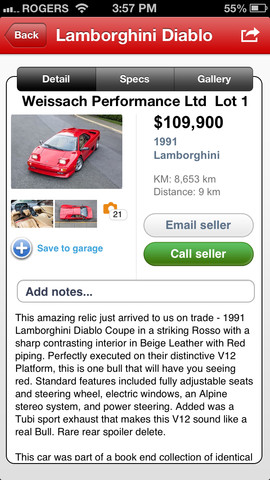 MacDonald says 34% of autoTRADER.ca visitors are from either their iOS app or their mobile site, above the industry average of 20%. The iOS app was developed in-house by their Vancouver-based team led by VP of Technology Allen Wales, who says the download milestone is even more notable since the magazine was paper-based in the 1980s but now 100% digital and garners 10 million visits per month across all platforms.

You can read our recent review of autoTRADER.ca here and also download the free app here in the App Store.