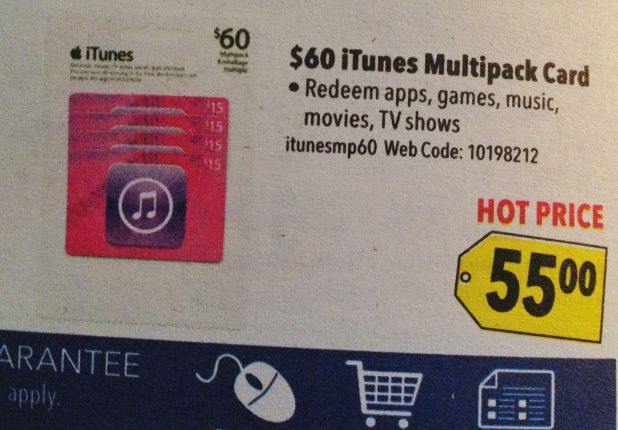 Our good friend Kris Meador sent this tip in! Right now you can get a $15 iTunes gift card 4 pack for $55 at Best Buy. This does not seem to be offered online, so it is an in-store offer only.

That’s only a five dollar savings but that’s 5 free apps or songs, of a free movie rental. The four pack is handy for giving multiple gifts to family or friends, or as bonus incentives for your employees.

This is a limited time offer, so head down to your local Best Buy and scoop these up!