A five-year-old Bristol (UK) boy has spent more than £1,700 (roughly $2,555) in less than 15 minutes by playing a free game on his parents’ iPad. Apple has informed the family they will refund the money. 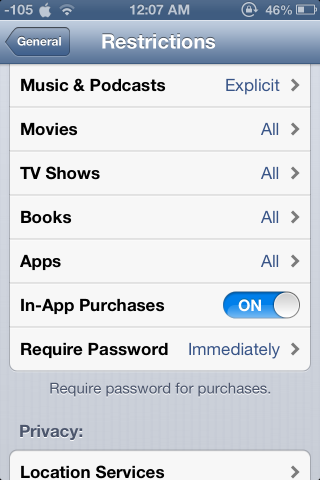 Danny Kitchen asked his parents for the passcode to download Zombies vs. Ninja, a free app. After checking that the game was indeed free, they granted access and left their son in the company of the iPad while they entertained friends at their home near Bristol.

But the minutes the boy spent with the iPad turned out to be very costly: Danny instantly downloaded dozens of costly add-ons (in-app purchase), with the final bill totaling £1,710.43.

Danny’s mother knew nothing about her son’s spending spree until Monday morning when she checked her email and saw a batch of emails from iTunes listing what he had bought.

When her credit card company called her to query the payments, the mother of the five-year-old boy realized what had really happened. Mrs. Kitchen said, “He was very upset when he realized what he had done. His brothers and sisters were telling him off, but of course he didn’t know what he did [sic]; he is only five.”

Apple is aware that such incidents can happen, and told the family they would refund the money. An Apple spokesman said these kinds incidents must be reported as quickly as possible. He also highlighted that” all iOS devices have built-in parental controls that give parents and guardians the ability to restrict access to content, the option to turn off functionality such as purchasing from iTunes and the ability to turn off in-app purchases”.