With CanBorder, travellers coming back to Canada can submit a digital declaration instead of the paper method and asking strangers to borrow their pen.

The app allows you to create and store profiles so you can access your declaration in advance. The app creates a QR code which is scanned at Primary Inspection Kiosks when you arrive in Canada, allowing an eDeclaration for up to five travellers at the same place of residence. 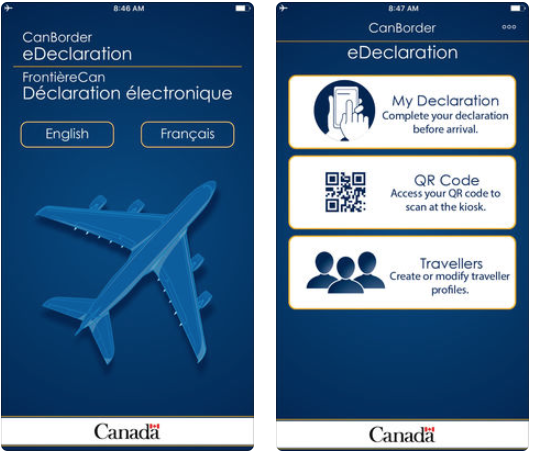 CanBorder can be used by Canadians and foreign visitors, but not by unaccompanied minors and those with non-machine readable passports. NEXUS members are to use their own dedicated kiosks and not the CanBorder app.

There are now 10 Canadian airports with Primary Inspection Kiosks that support the CanBorder app:

CanBorder currently has an average rating of 2.1 stars out of 5 in the App Store. The app does not support iPhone X or newer displays with a ‘notch’ yet.