As you can see in the screenshots below, “Canada Votes 2015” is now visible at the top of the app for today, while to get to your customizable “My News Alerts”, just tap ‘Menu’ in the top left corner. Once that’s done you can just toggle on any region or city you wish to receive breaking news alerts for: 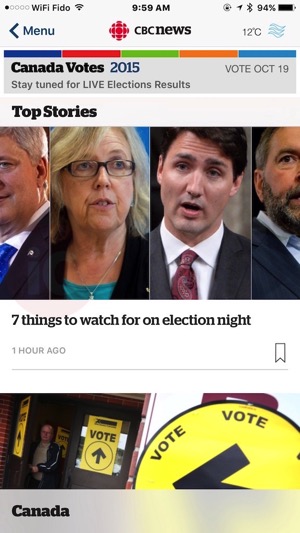 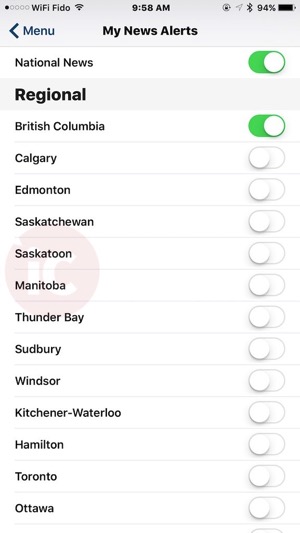