Apple has announced developers can now post up to 10 screenshots on app product pages, allowing more information to be shown to prospective customers in the App Store, doubling the number from before.

You can now display up to 10 screenshots on your product page on the App Store for iPhone, iPad, Apple Watch, and Apple TV, to show customers more of your app’s experience. 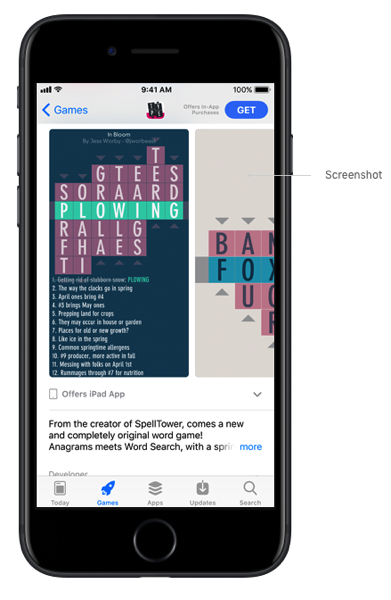 The company says developers should “Use images captured from your app’s UI to visually communicate your app’s user experience.” Apple explains on its developer website, the “first one to three images will appear in search results when no app preview is available, so make sure these highlight the essence of your app.”

Last week, Apple announced all new apps submitted to the App Store must support iPhone X, and also be built with the company’s iOS 11 SDK, starting in April.