Diptic is the App Store’s Free App of the Week, A Must-Have for iPhoneography

One of my favourite apps for making photo collages has become free as part of the App Store’s ongoing free App of the Week promotion (last week it was Angry Birds Seasons). Diptic is regularly $0.99, and enables you to make some of the coolest photo mashups (there are 52 layouts and 14 filters) for easy sharing to social networks such as Twitter, Facebook, Flickr, Tumblr, or Posterous (or save to your Camera Roll).

FEATURES:
• 52 standard layouts (one to five photos in each layout)
• Frame slider lets you customize inner frame dimensions
• 14 filters (requires iOS5)
• Adjust border color and width
• Create rounded inner and outer borders with a slider that lets you control curvature
• Create Diptics using photos you snap on the spot with your iPhone or iPad camera, photos from your camera roll, or import photos from Facebook or Flickr
• Shake to clear functionality on every screen lets you easily clear settings/photos and start over
• Pan, rotate, mirror and zoom individual photos
• Adjust brightness, contrast, hue and color saturation for each image
• Send Diptics directly to Instagram and any app that accepts JPGs (Camera+, Filterstorm, Dropbox, Evernote, GoodReader, etc.)
• Share Diptics via email or send to Facebook, Flickr, Twitter (must have iOS5 for Twitter export), Posterous Community or Tumblr
• High resolution export option for all devices and large high resolution for iPhone 4S and iPad 3
• iPad 3 Retina Display
• Random Layout Selection: Can’t choose? Use this feature to randomly select one of 52 layouts
• Random Photo Selection: Roll the dice to randomly select photos from your camera roll
• Gallery Mode lets you see what other people are creating with Diptic
• Optional Expandable Layouts (in-app purchase) lets you adjust outer dimensions 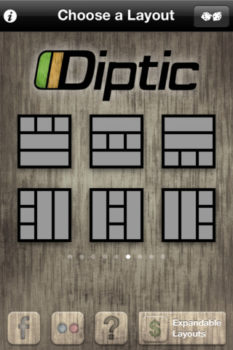 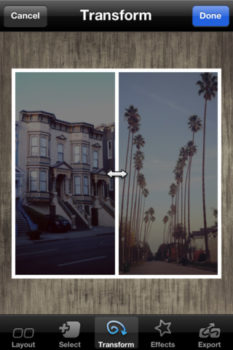 One of my photography secrets (shhhhh!) is to post process my pictures in Camera+, then add them to Diptic to make some of the best-looking collages, like this one: 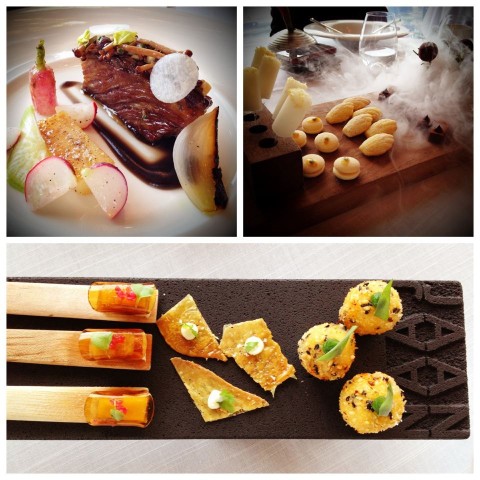 If you love iPhoneography, don’t be stupid and hesitate about downloading Diptic. It’s a must-have app in my books.

Thanks @swotam for the reminder!