In mid-March it was announced Duke Nukem 2 would be released on iOS to celebrate the game’s 20th anniversary. Well, the title went live in the App Store yesterday and is now available for download. The game  is $1.99, has 32 levels and “256 eye popping colors” which should take you back in time. It’s compatible with the iPhone 4S, iPhone 5, latest iPod touch and all iPads.

Duke Nukem II is everything you’d want from an action game. Duke blasts his way through your screen with enough firepower to wake your neighbors.

In 1993 Apogee released Duke Nukem II. Its explosive action made it an instant side-scrolling classic.

20 years later, Interceptor Entertainment and 3DRealms have teamed up to bring Duke Nukem II back.

Duke Nukem II for iOS lets you experience this 90?s classic all over again on the most popular gaming platform in the world! 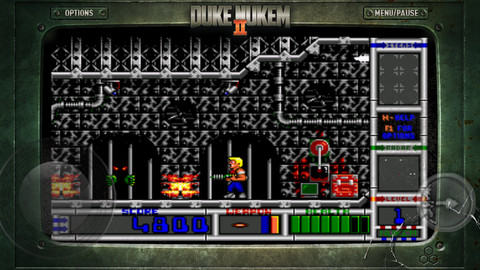