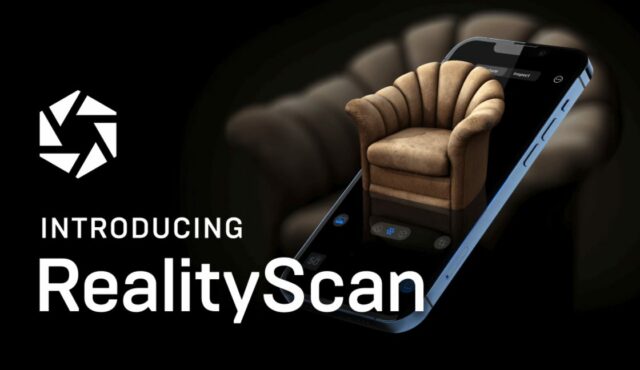 In a new press release, Epic Games has today announced a new iPhone app dubbed RealityScan — the aim of which is to scan objects in the real world and then turn them into 3D objects in a virtual world.

RealityCapture is a state-of-the-art photogrammetric software able to reconstruct objects and scenes of any size from images or laser scans, yielding 3D scans with unparalleled accuracy and mesh quality at speeds many times faster than competing software. Now in limited beta, the RealityScan app takes what people love about RealityCapture—fast and easy 3D scanning—and puts it in the palm of your hand. Capturing real-world assets for digital experiences has traditionally been complicated, technical, and labor-intensive—but now it’s as simple as unlocking your smartphone.

Anything turned into a 3D object via RealityScan can then be imported into Sketchfab, “the ultimate platform for publishing, sharing, and selling 3D, VR and AR content,” according to a Capturing Reality announcement.

The app is now available in limited beta and those interested in taking it for a spin can get it via TestFlight now. Those looking to get into the TestFlight beta should be sure to sign up now, though — Epic says that only 10,000 people will be able to try the beta.