Expedia.ca updated their iOS app in the App Store to note support for the upcoming Apple Watch the other day. The company says they are one of 15 selected app launch partners for the smart watch and has detailed what their app can do.

Expedia for Apple Watch will be able to check itineraries for upcoming trips, plus get detailed flight and hotel information such as departure and arrival times, gate and terminal numbers, check-in and check-out times, ratings, locations, addresses, and phone numbers for hotels.

Below is a preview of what the app will look like, in terms of Glances check-in information displayed on the Apple Watch: 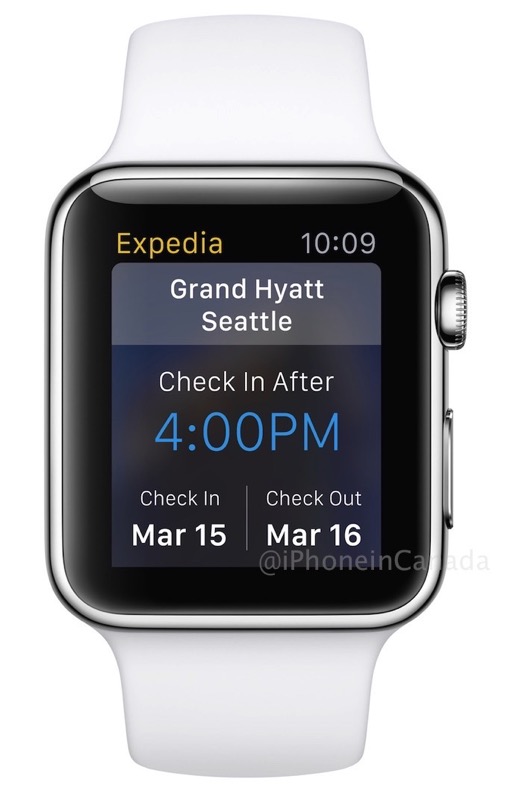 The app will support actionable notifications and glances, by just swiping up on the Apple Watch face, then swiping left or right to find your Expedia Glance.

Other notable Canadian Apple Watch apps made available at launch include Air Canada, the Transit App, Tangerine, The Globe and Mail, Desjardins and theScore

Expedia for iOS can be downloaded here from the App Store.