Creators of the final act of Christopher Nolan’s Batman trilogy The Dark Knight Rises, have released an iOS app that lets you delve into the world of The Dark Knight Rises in a way you’ve never experienced before. Titled the The Dark Knight Rises Z+, the iPhone app picks up sounds from real environments blending them with the epic soundtrack of Hans Zimmer from the film. Once you put your headphones on, you actually feel you’re in the dark alleys of Gotham City. 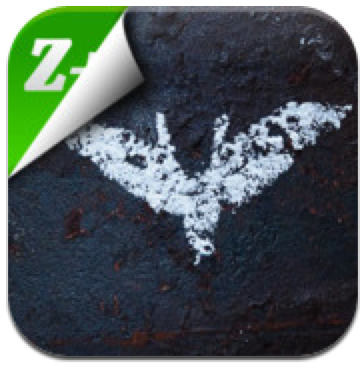 Hans Zimmer himself said about the app:

“This new app allows users to be part of the film in a way that goes beyond the movie screen — it’s the difference between looking at a photo of a river, and being able to drop your hand over the side of the boat and feel the currents of the water tug as the river takes you on a journey”

Below is the full iTunes description:

Want to feel like you are IN the movie? This is the app for that! Get the official Augmented Soundtrack Experience from the makers of The Dark Knight Rises.

“It will blow your mind.” Mashable

“It’s incredibly well done, and really does sound like you’re actually in the movie” Gizmodo UK

– Z+ Augmented Sound will transform your world into Gotham City. YOU ARE IN IT!
– Experience music by Hans Zimmer in a totally new way.
– Access over 2 hours of new and exclusive music including the extended “Origins” soundtrack
– Free exclusive behind-the-scenes commentary with composer Hans Zimmer and director Christopher Nolan.
– Fly the BAT with the actual movie sound effect simulator by Academy Award® winning sound designer Richard King.

Experience amazing Z+ realtime augmented sound, including new and exclusive music from the movie only available in this app.

Z+ augmented sound changes your perception of reality. Your world will be transformed into Gotham City. YOU ARE IN IT!

Try the free app for yourself and share your thoughts with us in the comments section.