Facebook has again tweaked its News Feed architecture to optimize it for mobile devices regardless of network connection, which means you’ll still be able to see the stories you want even over a slow internet connection (via Engadget).

The update’s technical details shared yesterday by Facebook follow an earlier algorithm tweak that also served the same goal: to eliminate slow load times. The latest update, however, seems much more efficient, because the previous one had its limitations, which for people in the emerging market was visible as frequent news feeds full of spinners and grey boxes because the stories and related media were sent across the network without taking into account the quality of the connection. 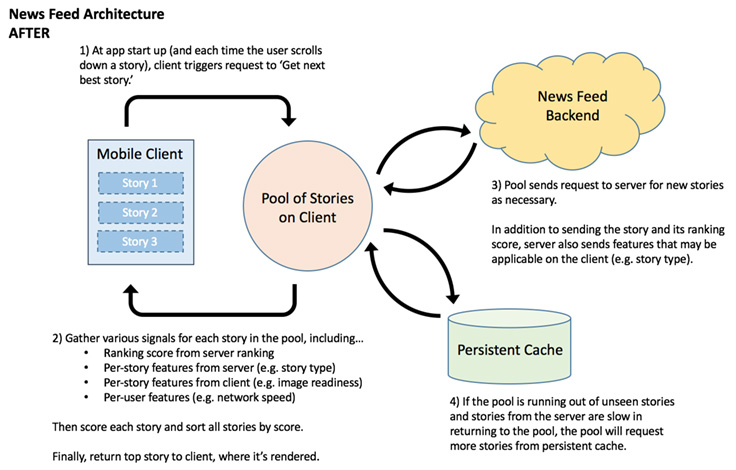 By implementing what Facebook describes as “client-side ranking”, the social media platform leverages your smartphone’s computing power to deliver relevant stories. The new architecture means that instead of waiting for the app to show new stories after seeing the ones Facebook has already ranked, the next best story is selected from a pool of both new stories from the server and unseen stories from the persistent cache, and then rendered in the feed.

This allows Facebook to assemble a News Feed that has been optimized for your personal internet connection at the time of the session. In other words, the news stories that load slowly will be temporarily down-ranked while they load, because Facebook (before posting to your feed) checks whether the media in the story has been loaded on your device. This reduces the occurrence of grey boxes, spinners and incomplete stories.