Today, the Facebook Messenger app for iOS has been updated to version 24.0, to do just that.

What’s New in Version 24.0
Now you can use other apps with Messenger to express yourself in fun, new ways!
– Send and receive GIFs, videos, photos and more
– Watch GIFs play automatically
– Instantly reply with the same app
– Easily install the apps your friends are using to send stuff to you
– Discover new apps to install right from Messenger

Below are some screenshots from our quick test. To install these third party apps, launch any chat and then tap on the three dots to bring up an install menu, which lists apps for Messenger: 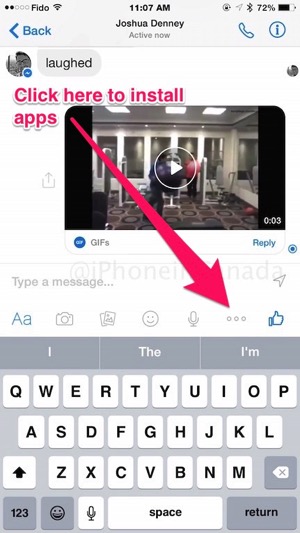 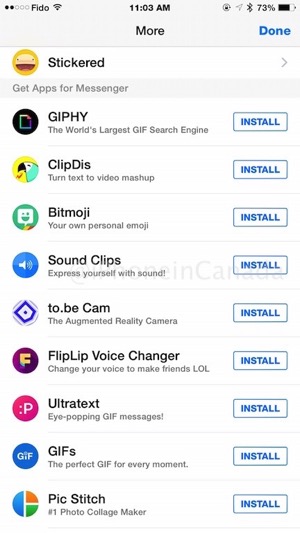 So if you’re feeling it and want to celebrate by sending an Oprah GIF, you can now do so by installing the GIFs app: 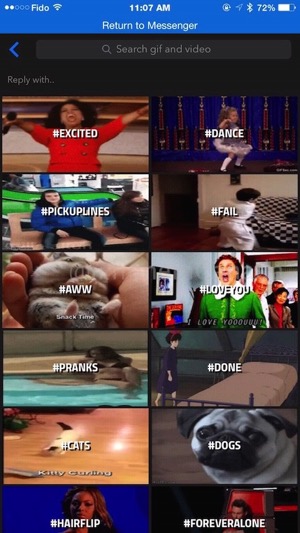 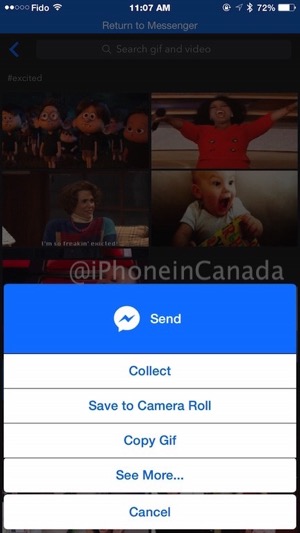 Overall, the process of sending a GIF could be a bit quicker, as it took five tedious taps to send an Oprah GIF (completely unacceptable)! Of course, it comes down to third party app designs, but still.

Facebook has bigger plans for Messenger, such as turning it into a platform for businesses to interact and communicate with customers.