Find a Babysitter On the Go with the SOSGarde App

SOSGarde is a French Canadian website that makes it easy for Canadian parents across the country to find a babysitter, close to where they live. It is really easy to use, and has been a savior for many parents. They have just released their own iOS app, making it even easier to find some one to watch kids on date night. You simply punch in your postal code, and you’ll get a list of available babysitters near you.

If you are a babysitter, and want to set up a profile, there is a link in the app to bring you to the right place on the SOSGarde website. Their website is in French, just a heads up. 🙂 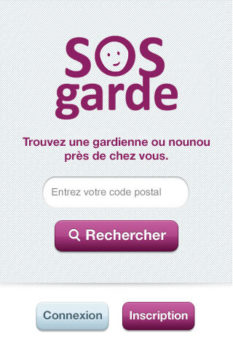 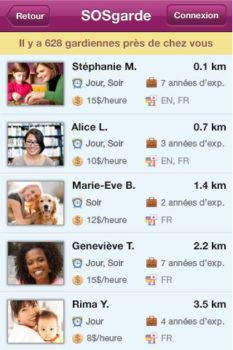 Here’s the description from iTunes. It is in French in iTunes, and I’ve translated here:

Find a babysitter or nanny near you with SOSgarde. A simple search by postal code will give you a list of detailed profiles of local baby-sitters and available. You will have to contact them. Every profile is reviewed by a mom of SOSgarde and all babysitters at home have 18years and more and have the experience. Available everywhere in Quebec and in Canada.

You can download the SOSGarde app now, for free in the App Store.