Flickr today announced the launch of version 3.0 of their iOS app, which brings a completely rebuilt and redesigned app. The Flickr blog describes how the new built in camera also brings 14 live filters to go along with other editing features for your photos. Also new is the ability to record up to 30 seconds of HD video:

At the heart of our Flickr apps is a powerful mobile camera that makes it easy to take and share amazing photos in high resolution. On iPhone and iPod touch, fourteen live filters let you see how the photo will look even before you take it. And refine your pictures in real-time with a suite of sophisticated editing tools. Whether it’s filters, vignettes, auto-enhance or more professional tools like color balance, levels, and exposure – Flickr’s camera gives you full control over your photos all the time.

New to the Flickr apps, you can record up to 30 seconds of stunning HD video using the same live filters available with photos. Customize your video by adding different segments of footage and if you record a segment that you don’t like, simply remove it with one tap. 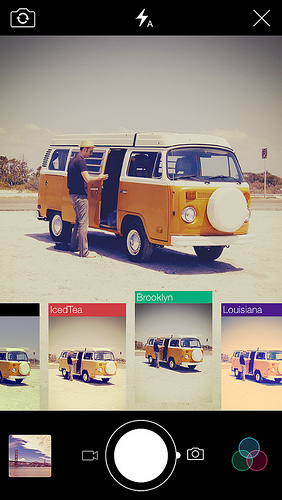 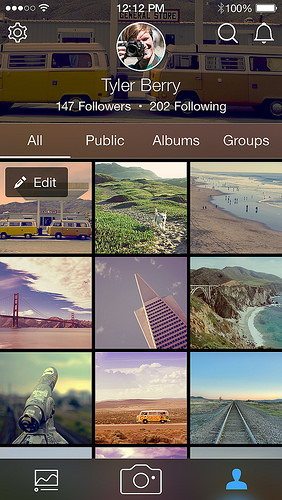 Flickr 3.0 has editing tools to allow you to adjust all aspects of your photos such as Levels, Crop, Color Balance, Contrast, Saturation and more. Beyond a photo editor, Flickr now acts almost like an Instagram, as you are able to follow friends and other notables, plus share your own photos. All users get 1,000GB of free storage, so that means you can store a lot of photos.

Last March it was reported a completely revamped Flickr iOS app was coming and here it is today. The ‘old’ design it replaced was relatively new, from December 2012.