Apple’s retail store iOS app is offering up a new app freebie: AirPano City Book. This app normally retails for $3.99 CAD in the App Store but you can get it free until July 15, 2017.

1. Download and install the Apple Store iOS app, then launch it.

2. Tap the ‘Discover’ tab along the bottom, then scroll down until you see ‘Featured App’ and tap through, then tap ‘Download now for free’. 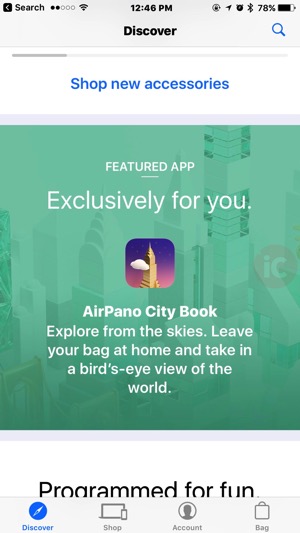 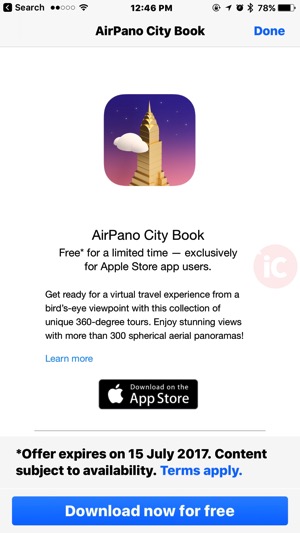 The previous app freebie within the Apple Store iOS app was Chameleon Run.