The Globe and Mail has released version 5.0 of its iOS app–now fully iOS native–bringing what it calls “a complete, end-to-end overhaul” of their mobile app, which is now faster, stabler and “puts our journalism first.”

The publication says this is the “best performing and most stable app” they have released to date, offering a new visual design that’s easier to read, with access to all sections and content from The Globe. 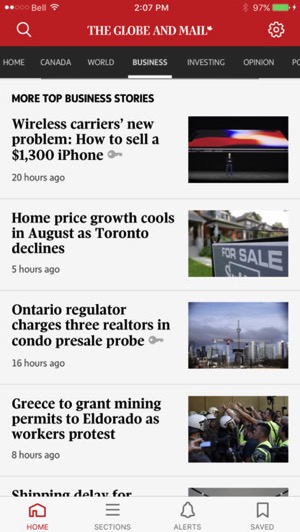 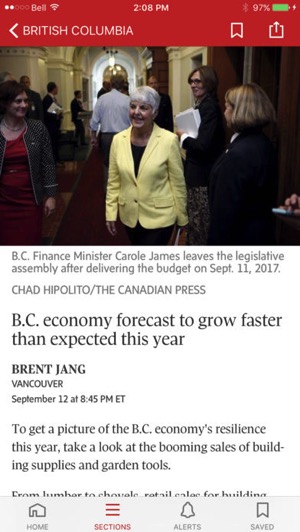 New features include the ability to save articles to read later and for offline, improved search, new font size controls, plus a new Alerts tab aggregates all breaking news notifications.

The Globe also says in-app purchases are available for monthly or annual subscriptions to the paper, while the new app brings all of the visual journalism, from graphics to videos to mobile users now.

As for The Globe and Mail’s website, the publication told iPhone in Canada via email it is now moving to a new responsive design for all devices, which comes with their partnership with The Washington Post to use the latter’s Arc content platform, making The Globe the first media company in Canada to adopt it. Arc also powers content sent to the iOS and Android apps.

Arc, along with The Globe’s Sophi data analytics tool lets the publication see what visitors are reading in real-time, which in-turn allows for better content, as they get instant feedback on what’s popular.