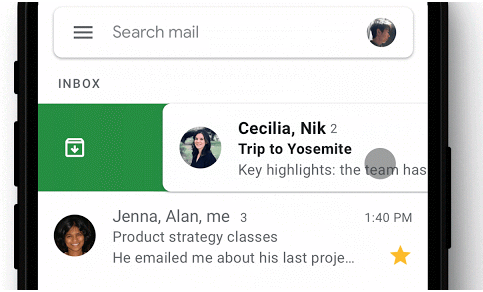 Google has announced Gmail for iOS is rolling out customizable swipe actions for email, allowing users to do more than just archive or delete their emails.

Customizable swipe actions for Gmail launched last June for Android users, and for iOS users, the feature is finally rolling out.

Swiping an email will soon be customizable, allowing you to do any of the following actions:

Existing Gmail for iOS users can enable customizable swipe actions by going to the app’s Settings > Swipe actions and picking the right action for you.

Google says these same actions can be applied to your notifications as well, through 3D Touch, which will then let you snooze an email for example, down to the exact date and time.

When can you get customizable swipe actions? Gmail says this will be an “extended rollout”, meaning it will potentially take “longer than 15 days for feature visibility”, starting today, March 28, 2019.