Back in late January, Google announced Gmail for iOS would start to roll out its Material Design update “in the coming weeks,” and now we’re seeing it available in Canada for ourselves and other users as well. 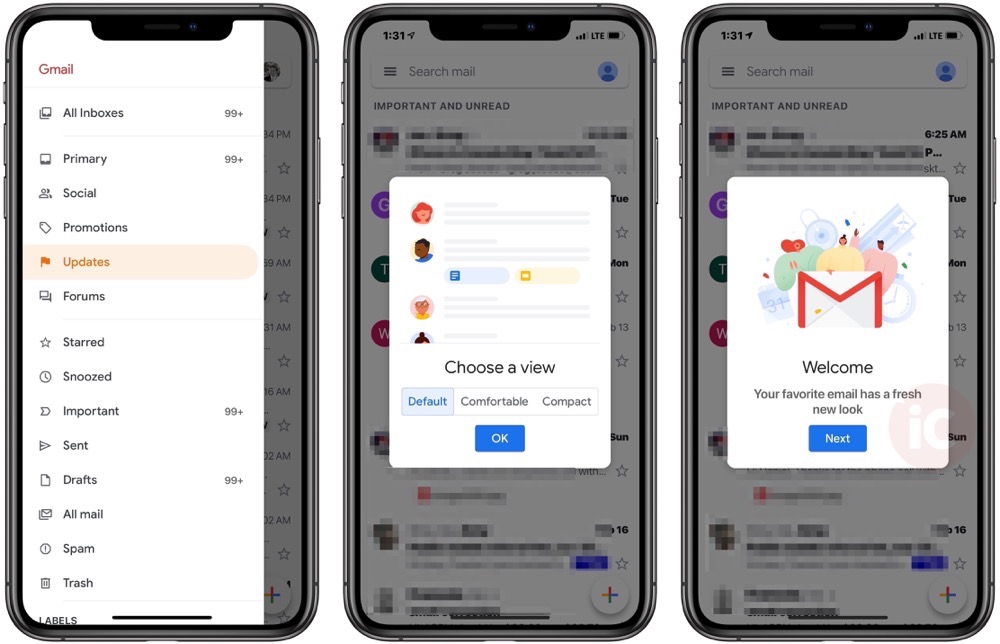 The new design popped up for us after installing today’s Gmail iOS update. Upon launching Gmail, a pop up message said “Welcome—your favourite email has a fresh new look.” You’re then given options to select from a Default, Comfortable or Compact email view.

Once enabled, the new design utilizes the iPhone XS Max screen better as email can be seen from corner to corner, especially in the ‘ears’ of the display’s ‘notch’. There’s a lot more white space, new font, plus attachments are front and centre allowing for one-tap access to open them.

To switch accounts, all you have to do is tap your profile in the upper right of the screen and select from others below.

Click here to download Gmail for iOS in the App Store. Are you seeing the new Material Design update yet?