Gmail for iOS has been updated to now let you send emails in the future, with a new scheduled send feature, first announced last month on the service’s 15th birthday.

After installing app update Version 6.0.190421, you can then “Get more done with Gmail by scheduling messages to be sent later! This is a great way to remember a friend’s birthday, or even respect others’ digital wellbeing by not sending messages over the weekend,” explains Google. 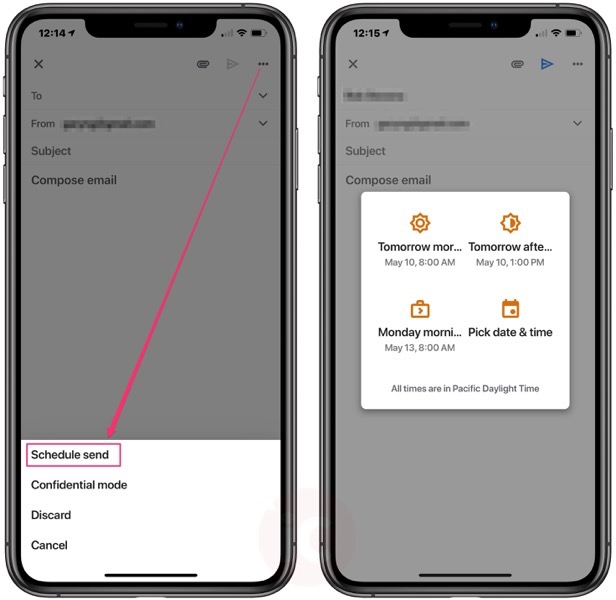 How to use the new schedule send feature? Tap the menu icon in the top right when composing a new message and select “Schedule send”. Once you do, you’ll get to select from three pre-selected times in the future, or you can pick your own date and time.

Emails slated to scheduled will now show up in a new label titled “Scheduled”, while a tiny scheduled send icon also is placed next to those ready send away in the future. The ability to schedule emails is handy if you’re vying to have your message read by recipients first thing in the morning, or if you want to remind yourself of something via email in the future.

Last month, Gmail for iOS added customizable swipe gestures for snoozing, archiving and more to your email, while also letting you mark messages as important.