Earlier this month at Google’s I/O developer conference, the company announced new features for Google Photos, such as Suggested Actions and Colour Pop. These features powered by artificial intelligence recently rolled out for Android, but they have now arrived for iOS users.

Suggested Actions are AI-based suggestions, which will pop up and tell you whether it’s time to archive a photo, fix brightness, correct rotation and more. All you need to do is tap and the fixes will be made. 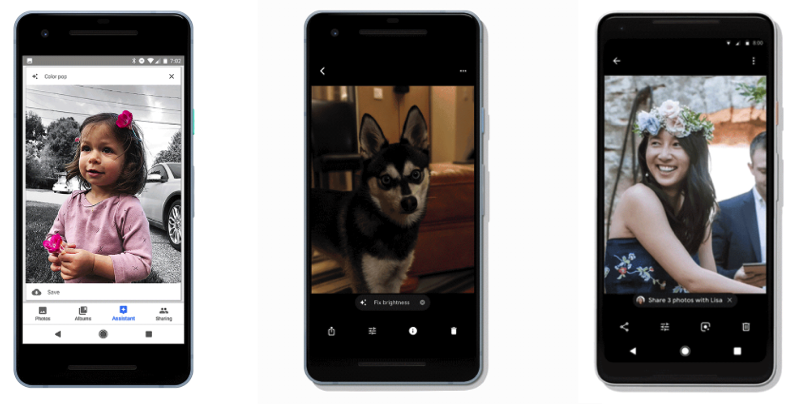 As for Colour Pop, it’s a new creation feature found in the Assistant tab. The feature will keep your subject in colour, but turn the background black and white, to let your main subject stand out.

After launching Google Photos for iOS after this update, we haven’t seen any of these features pop up yet, but we expect them soon.

While we use iCloud to backup photos on our iPhone, Google Photos makes it much easier to search from our images for keywords, faces and more.