On top of today’s Google Sheets and Google Docs updates, Google has announced the launch of a new Slides for iOS app, which will allow users to create presentations on their iPhone or iPad, both online and offline. 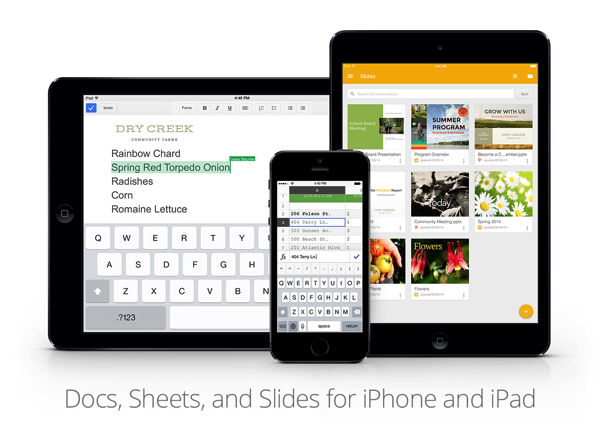 Users will be able to:

* Create new presentations or edit any that were created on the web or on another device
* Share presentations and work together with others in the same presentation at the same time
* Open, edit, and save Microsoft PowerPoint files
* Get stuff done anytime — even without an internet connection
* Add and rearrange slides, format text and shapes, and more
* Present right from your device
* Never worry about losing your work — everything is automatically saved as you type

Yes, this is yet another iOS app from Google for the masses (we’re not complaining). Google’s iOS ecosystem is getting more and more robust. Last week, an Android-only camera feature was launched on iOS: Photo Sphere.