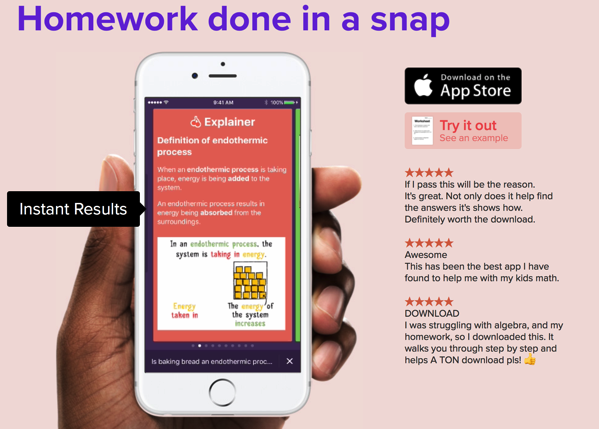 Have you run into problems doing your homework? Of course, you can always Google the answer, but sometimes Google can’t help you, whereas a real community can. That’s the main idea behind Socratic, a homework app that aims to solve your problems using the internet and your smartphone’s camera.

If you are a student and need some answers regarding your homework, you can just take out your smartphone, take a picture of the homework in question and let Socratic do its magic. Socratic uses artificial intelligence to figure out which concepts you need to learn in order to answer it.

Take math, for example: Math is hard, so you may – like millions of other students – need some answers. It doesn’t matter whether the math equation is handwritten or typed, just take a picture of the math equation, and Socratic will teach you how each step works – for free.

Behind Socratic is a community formed by students and teachers, which all adhere to the founder’s mission to make learning easier. In the service of that mission the founders have outlined the base principles on which this community builds. So what are you waiting for? Download Socratic now, and try it out for yourself!