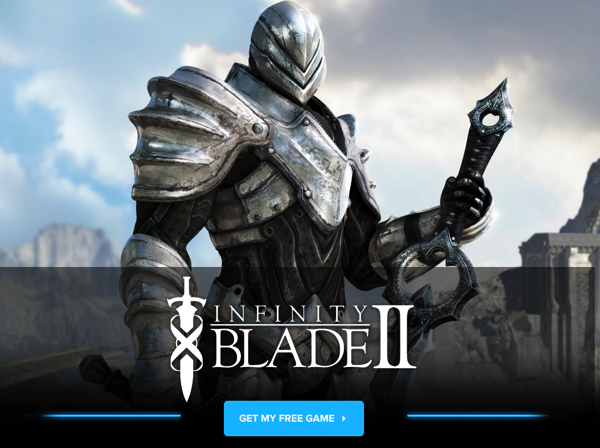 For those gamers who are interested in purchasing Infinity Blade II, here is some great news: Chair’s successful app is IGN’s free game of the month! This means that users who are fast enough to redeem the code can save $6.99 in an instant.

Furthermore, the application has won the hearts of reviewers as well.

Now, if you are fast enough, you can grab your free game by clicking on this link and redeeming your code. The codes are offered on a first-come, first-served basis for anyone in the following 44 countries, Canada included: