Instagram has announced Boomerang, a new app for iPhone and Android users to create 1-second video loops, essentially GIFs. The app works by taking 5 burst photos and looping them together (without audio), so they are different than Vines or even Apple’s Live Photos. The goal of this simple app is to spice up the Instagram news feed with yet another app from the company, following Hyperlapse and Layout. 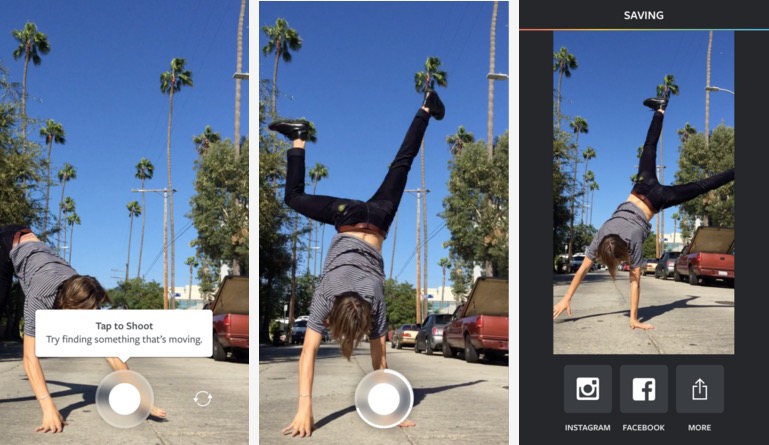 Press a button and the app does the rest. Boomerang takes a burst of photos and stitches them together into a high-quality mini video that plays forward and backward. Shoot in portrait or landscape. Share it on Instagram. Boomerang automatically saves it to your camera roll. We’re inspired by the visual stories you tell on Instagram. With looping videos and Hyperlapse, you experiment with motion in new and exciting ways. Now, with Boomerang, we can’t wait to see what you’ll create next.

Boomerang’s Product Manager John Barnett told TechCrunch the app was created by a small group of Instagram’s Android engineers, back at hackathon in July; the app got so popular within Instagram employees they agreed it would make sense to launch it for the world.