Apple’s iTunes business currently offers software, music, video, apps and books for sale. The company says it aims to run this store “at break-even”, but “what is known today as iTunes has quintupled in seven years”, Horace Dediu of Asymco says, after taking a look at this business. 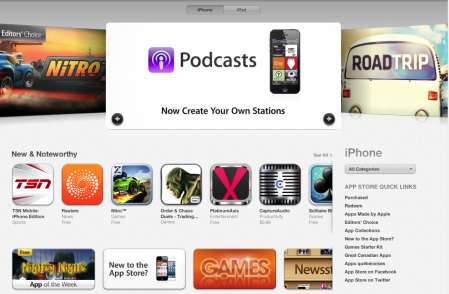 The change in the iTunes business has come via the vastness of transaction volume, estimated at 23 billion item transactions in the last year alone.

As Dediu points out in his recent blog post, at break-even the cost of operating iTunes stores would be roughly $3.75 billion. The management cited the above argument when it said that the App Store is run “a little over break-even”, but how “little” is the question Dediu investigates.

What he found is that folding the software group into iTunes – remember that iWork, iLife, OS X, Final Cut Pro and other Apple software were previously sold as traditional boxed software and they are now download only – increased the store’s performance, as the Software division generates roughly 15% operating margin on gross revenues.

This sheds light on how “little” over break-even the iTunes store is:

“My estimate is that Apple’s own software generated $3.6 billion in Revenues in 2012. As you can imagine, this is a high margin business which grows at nearly 20%/yr. Although I estimate that the software business has been overtaken by the Apps and Music businesses in gross revenues, it keeps an operating margin similar to that of Microsoft or about 50%.”

“This means that iTunes inclusive of Apple’s own Software generates as much as 15% operating margin on gross revenues. That’s over $2 billion a year.”

“So much for breaking even.”