Looks like more evidence has emerged that Microsoft Office for iOS is inevitable and currently is being tested in Redmond. Mac4ever points us to references to ‘Excel for iPad’ when searching for custom number formats for Excel on Microsoft’s support site, which points to the following result: 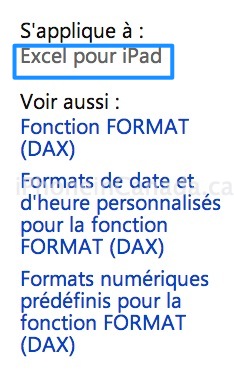 Other queries noted by MacRumors on the same site shows references to Office Mobile for iPhone, Excel for iPad and PowerPoint for iPad: 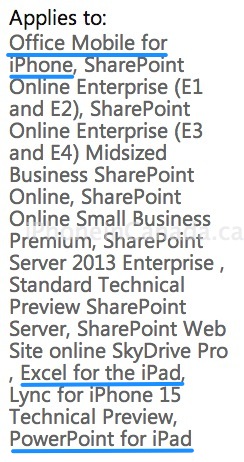 Back in February, the soon to be defunct iPad publication The Daily, reported on screenshots of Microsoft Office for iPad. Later in July, Microsoft job listings were spotted looking for engineers for “Microsoft’s next move on Mac and on iOS”.

In October, Microsoft’s Czech Republic team reportedly announced Microsoft for iOS was coming in March of 2013. In November, further reports noted Microsoft Office apps would be free but editing would require an Office 365 subscription.

Anyone excited for Office for iOS?