Moment is an App Which Hopes to Cure Your Smartphone Addiction

When an iOS developer admits that he is addicted to his iPhone, we have to acknowledge that this is an issue that needs to be treated. Although an iPA (iPhone addicted) group app may sound like a great idea, as it would allow addicted users to share their problem, feel that they are not alone, and be encouraged by the group in their effort to fight this addiction, Kevin Holesh has come up with a better solution. 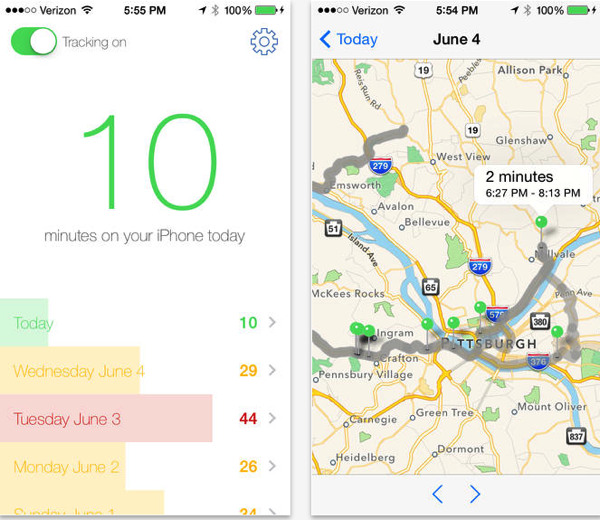 He created Moment, an app that helps users fight their iPhone addiction by tracking their daily activity and warning them if they spend too much time with their beloved device (via BusinessInsider).

He admittedly became so addicted to his iPhone that he spent more time in the company of the device than with his fiancé. After realizing how serious this issue was, he started looking for solutions to reduce his time spent with the iPhone.

After several failed attempts, he came up with the idea of Moment, an invisible app that tracks his iPhone usage. If he spends too much time with the iPhone, an annoying buzzer tells him to look away from the glowing box in his hands.

Before Moment, he was spending around 75 minutes a day on the iPhone. Now he is at 40. How about you? How much time do you spend with your iPhone?