Mortal Kombat X for iOS is Now Available for Download

Last month, Warner Bros. announced Mortal Kombat X for iOS would hit the App Store in April and this evening, the game hit the App Store. Forget going to bed, it’s now time to play a modern version of the game you grew up playing:

Description
Experience the over-the-top, visceral fighting of MORTAL KOMBAT X!
Bring the power of next-gen gaming to your mobile and tablet device with this visually groundbreaking fighting and card collection game.
Assemble an elite team of Mortal Kombat warriors and prove yourself in the greatest fighting tournament on Earth. 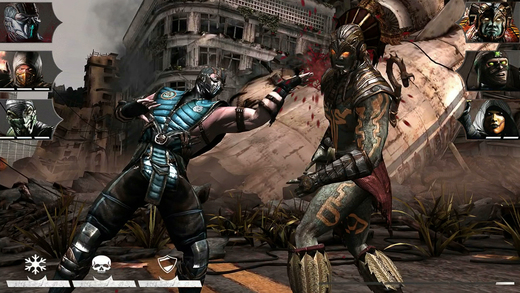 Mortal Kombat X features “high quality visuals” and comes in at a hefty 826 MB download and requires a minimum of 1.5 GB of free space on your device. The game is not optimized for devices with less than 1 GB of RAM it says, so if you have an iPod touch or iPhone 4S, be warned of performance issues.

Click here to download Mortal Kombat X for iOS in the App Store—it’s free. Let us know what you think of this game!