NFB Launches ‘Circa 1948’ iOS App, a Look into Post-War Vancouver

The National Film Board of Canada has launched a new interactive story world called Circa 1948, in partnership with internationally acclaimed artist Stan Douglas and Canada’s award-winning Digital Studio in Vancouver.

Circa 1948 for iOS will take you through a 3D interactive world through two communities in post-war Vancouver that no longer exist: an old hotel in Vancouver’s affluent West Side and Hogan’s Alley in the working-class East Side. 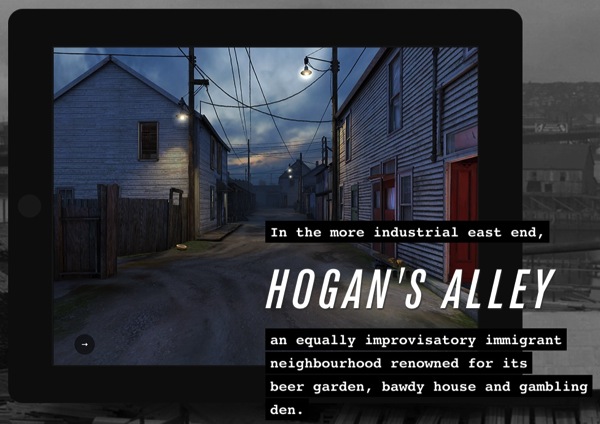 The 3D iOS app uses binaural sound along with various touch controls that include gyroscope-driven navigation modes, running on a Canadian-made, open-source rendering engine for a unique art experience.

Circa 1948 is one of only five projects selected from around the world for the Tribeca Film Festival’s second annual Storyscapes program and can be seen from April 23 to 26 at the Bombay Sapphire House of Imagination at 121 Varick Street in Soho, in New York City.

You can watch the film trailer below (requires Mac/PC):