Opera has announced at the Mobile World Congress (MWC) that it has released its final version of Opera Mini browser for the iPhone, version 7. The new version features improved traffic compression for the iPhone 4 and iPhone 4S, along with a plethora of other features and bug fixes. Improvements include the ability to have more than nine speed dials.

I re-downloaded Opera to give it a quick whirl (yet again) and while I did find it to be a bit faster than before, I’m still not a fan of its zooming properties compared to Mobile Safari. Navigating and browsing web pages just didn’t seem as polished. I did once again enjoy the quick ability to browse and load numerous tabs at the same time. However, if you are looking for a viable alternative and want to compress your data bucket (don’t forget to download Onavo), Opera Mini Browser is worth checking out. 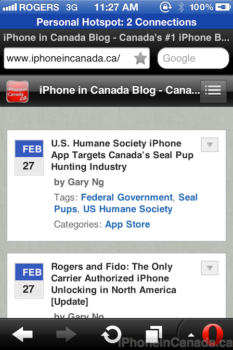 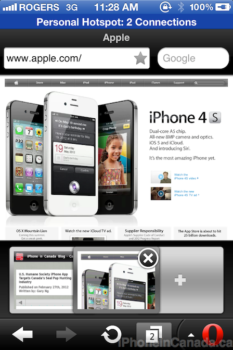