RBC Mobile has been updated to support SiriKit in iOS 10, which means added functionality with Apple’s voice assistant, allowing customers to send money via Interac e-Transfer to friends using Siri in iOS 10, making RBC the first Canadian bank to support this feature.

All users need to do is install the update, then saying something like “Hey Siri, send Gary $1 billion dollars”. Siri will then confirm the recipient’s name from your payee list, and the RBC Mobile app will debit your chequing account and send the money, after authenticating with Touch ID. 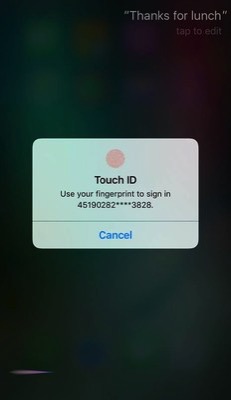 The app also includes a new Account Preview Widget for iOS 9 or higher to show account balances, plus users can now reset their passwords right from the sign-in page. The update also now includes direct access to the RBC Bank U.S. site, plus there is a new Mortgage Payment Calculator. 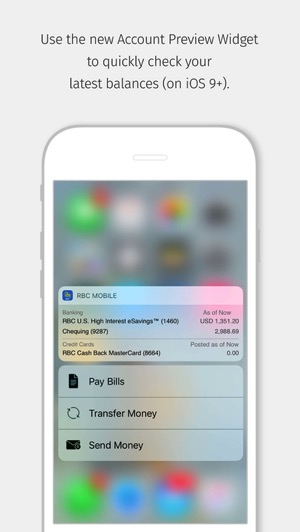 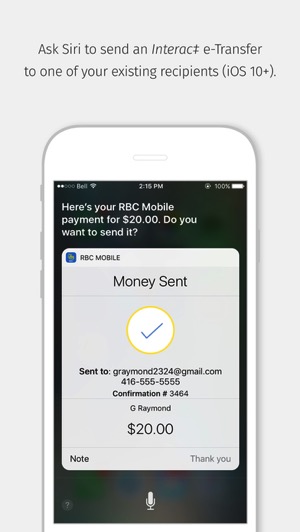 Sean Amato-Gauci, executive vice-president, Digital, Payments and Cards, RBC, said in a statement, “Building on the explosive growth of our free person-to-person payments products, we’re excited to provide the ability for our clients to now send free money transfers from their chequing accounts using Siri.”

The idea to add SiriKit support within RBC Mobile was from RBC innovation labs, which tests “new ideas by partnering with academia, fintechs and RBC clients to make banking easier.”

Click here to download RBC Mobile for iOS in the App Store. Let us know if you’re going to try this.