Sportsnet has announced the release of a completely redesigned Sportsnet Mobile iOS app for iPhone and iPad, available for free.

“The Sportsnet Mobile app is a must-have for all sports fans that need to access content on-the-go, putting information and entertainment at their fingertips,” said Pary Bell, Vice President and General Manager, Rogers Digital Media.

Sportsnet’s parent company is Rogers, which you may recall acquired ScoreMedia last October that also included a 10% share of ScoreDigital, makers of theScore mobile. This brand new Sportsnet app reflects that investment as it takes design cues from theScore mobile (white background vs black) but also offers more news articles from the Canadian Press. Take a look at the similarities below: 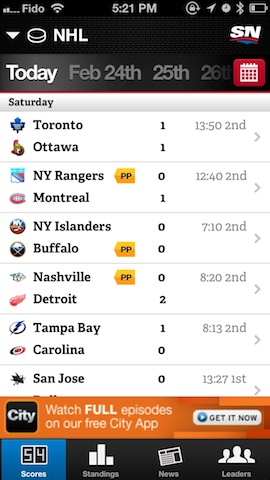 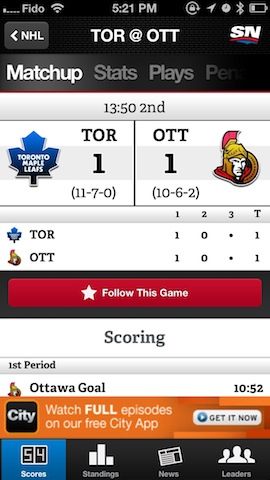 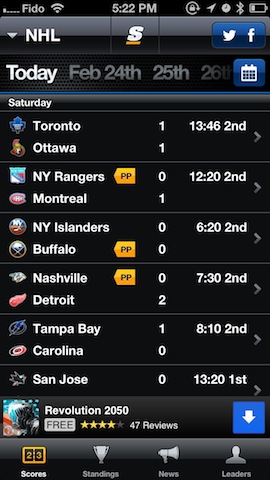 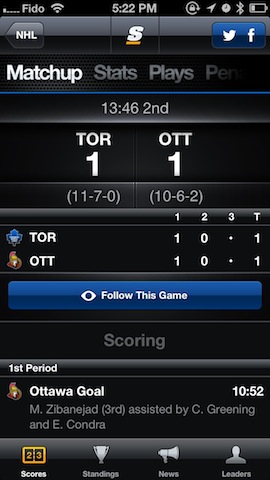 Regardless of the appearance, if you’re a Sportsnet junkie and want to stay on top of articles from their writers plus more, this app is for you. Click here to download Sportsnet Mobile (iPad version here), it’s free. Let us know what you think of this new app.