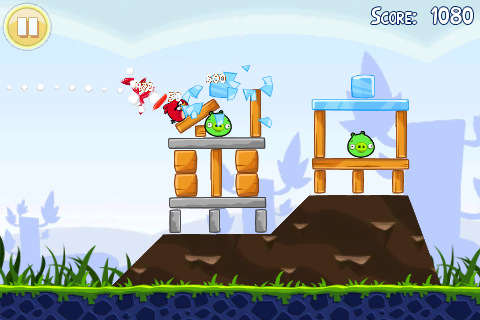 It’s safe to say that 2010 has been the year of the Angry Birds. Rovio has released Angry Birds Free, which is different from Angry Birds Lite. This free version of Angry Birds includes 12 levels not available in the full version. So if you’re an addict, and want more Angry Birds this is the download you’ve been waiting for.

Angry Birds Free features challenging physics-based demolition gameplay, and lots of replay value. The 12 levels, set in 4 mini episodes, have been created specifically for Angry Birds Free. Each of the levels requires logic, skill, and brute force to crush the enemy.

Protect wildlife and help save the Angry Birds!