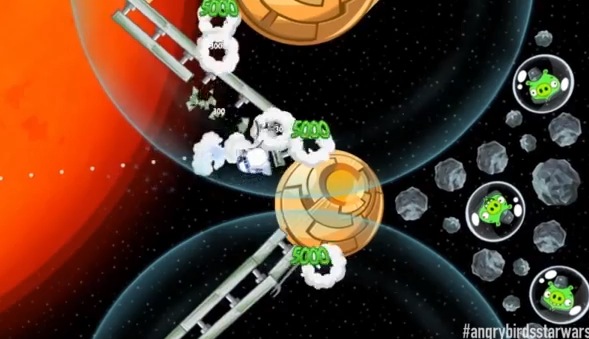 Rovio is set to release its much anticipated Angry Birds Star Wars game on November 8th and this morning has posted its official gameplay trailer to YouTube. Check it out below:

The company has also released other teasers from before, such as ones including Star Wars characters such Luke & Leia, Hans Solo and Chewie, and Obi Wan and Darth Vader. After watching these trailers again, this new version of Angry Birds might be fun to play after all, even with all the Angry Birds fatigue we’ve encountered over the years.