What made IM+ unique when it first launched was its support for a variety of messaging accounts. For example, IM+ supports the following services:

At the time of release, the only downside to IM+ was its large $10 price tag among a series of less than $5 IM clients.

Over the last year however, IM+ has received many interface enhancements such as wallpapers, new sounds, and many customization options that have both made the app even better and justified the price for many. I’ve actually been using IM+ since the beginning and have never even considered another IM client.

Well, to my surprise, today IM+ received a new background wallpaper and icon update (for all iDevices) in the spirit of Halloween. Apparently the background isn’t here to stay, but it’s a great image for those who celebrate Halloween! 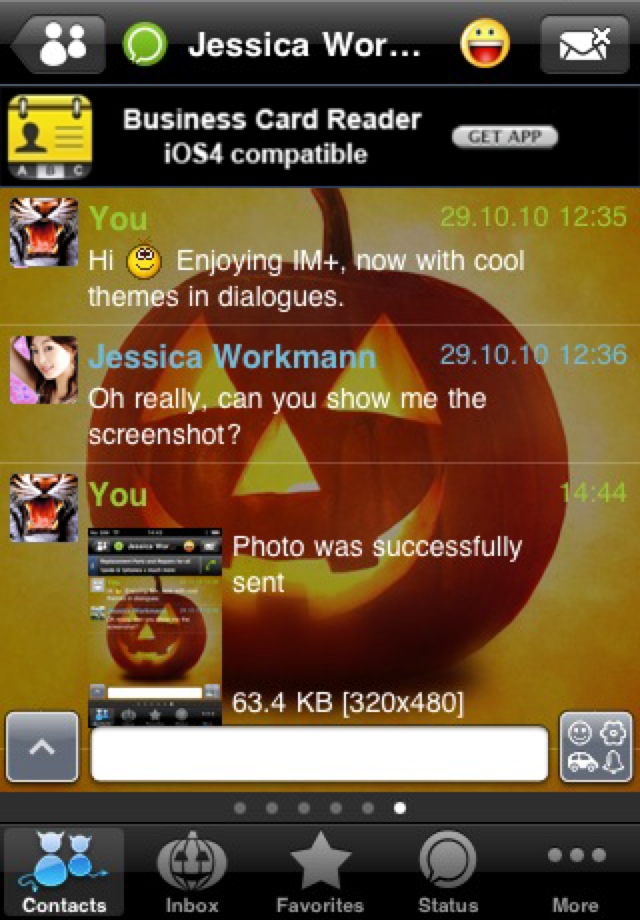 If you’re looking for a great IM client for your iDevices, check out IM+ (App Store). You can also download a free lite version from the App Store to give IM+ a test run!