Skype has updated their iPhone app to now allow users to delete photos from chats, plus also adds performance improvements when opening a chat from a notification. Users will now see synced avatars across all platforms as well.

How to delete a photo from a Skype chat on the iPhone?

Just tap and hold the image, then tap ‘delete’ when the menu pops up: 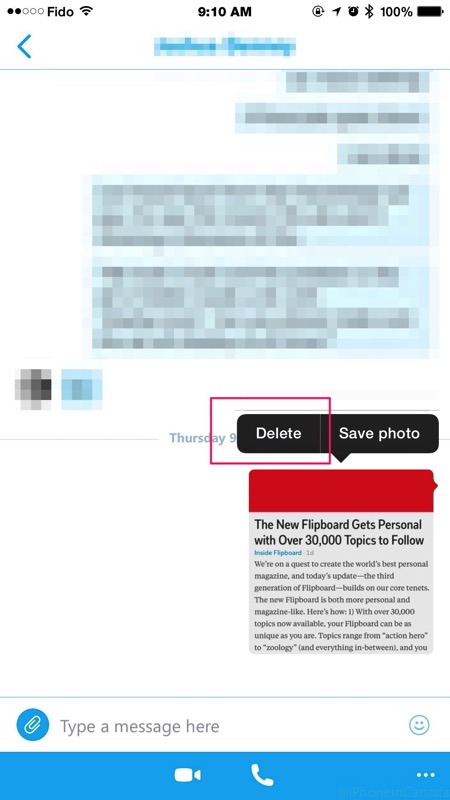 Back in August Skype announced it was revamping chat notifications so only the current device you’re using would show an alert. The iPhone app received iOS 8 extensions support and interactive notifications back in September.