Back in March, the makers of Sparrow, one of the finest email clients for Mac OS X, introduced Sparrow for iPhone which has been getting better and better ever since in an effort to become the perfect Mail.app alternative for iOS devices. Having recently added the ability to support POP accounts, the company has decided to put Sparrow for iPhone on sale for the next 2 days i.e for Tuesday and Wednesday, the app is available for $0.99, while on Friday the price will be bumped back to $2.99. 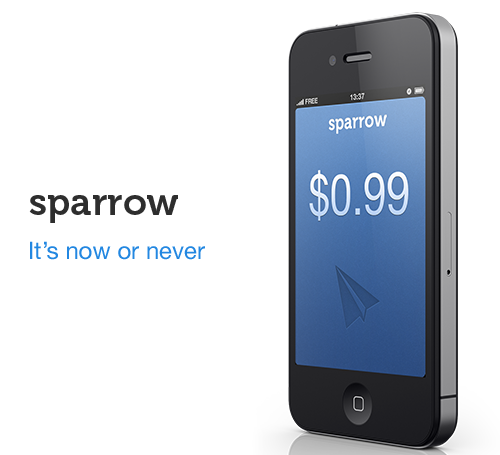 Sparrow made this announcement in an official blog post today:

Before getting back to its original price of $2.99 on Friday

So if you haven’t already laid your hands on Sparrow for iPhone, get it now at the following App Store link: