Highly popular Sparrow for iOS app has just been updated to incorporate a plethora of new features such as a built-in web browser, send and archive functionality, empty trash and spam options, dock badge preferences by account, show/hide labels and folders and more. While the update still does not bring the missing Push Notifications feature, the Sparrow team has announced on its official blog that Push API will be added to the iOS app’s next version “with or without Apple“. 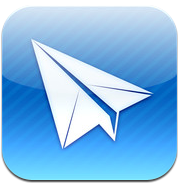 According to the blog entry:

“Thanks to your amazing support, we feel confident that Apple might revise its position on the Push API. We’ll submit a first version of Sparrow 1.2 including it. This might delay Sparrow 1.2 validation but we’re already working with some partners to include Push in future versions of Sparrow without needing Apple clearance. Push is coming. With or without Apple.”

Here is the complete changelog of what’s new in Sparrow for iOS 1.1:

For those who aren’t aware, the Sparrow iOS app was released without Push Notifications since the feature was pulled by Apple before approval, due to the fact that Sparrow team was caught using an API reserved for VoIP apps. As a temporary workaround, you can either follow our tutorial on how to set up Boxcar for Sparrow mail push or simply install ‘Sparrow Push’, a free Cydia tweak for jailbroken iPhones and iPod touches.