Subway Canada Rolls Out Mobile Ordering on iOS and Android 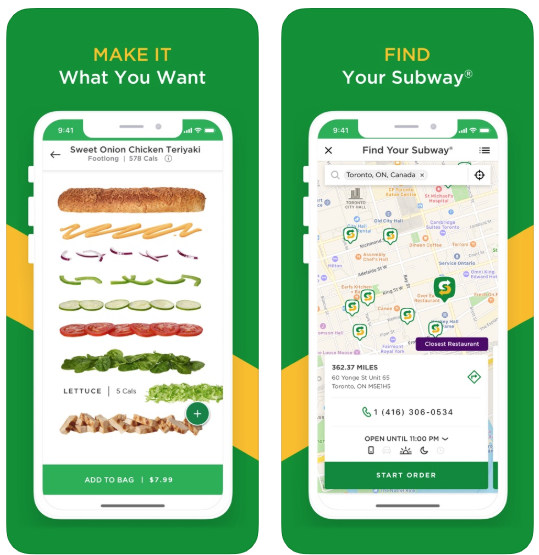 If you’re a fan of Subway, the sandwich maker recently launched mobile ordering via its smartphone apps, including iOS.

Back in July, Subway updated its iOS app to support mobile ordering, allowing customers to “order your favorites right from the dashboard. Just tap and go!” Customers can customize their sandwiches with a visual interface showing what veggies, meat and additional toppings you want.

Subway joins other big chains such as McDonald’s, Tim Hortons, Starbucks and Dairy Queen in launching mobile ordering from a smartphone, allowing customers to bypass lines.

Click here to download Subway for iOS in the App Store (and on Android in Google Play).