TD Canada released a minor update to their iPhone app yesterday to fix some issues preventing Mobile Cheque Deposit from working and also other issues regarding Quick Access. 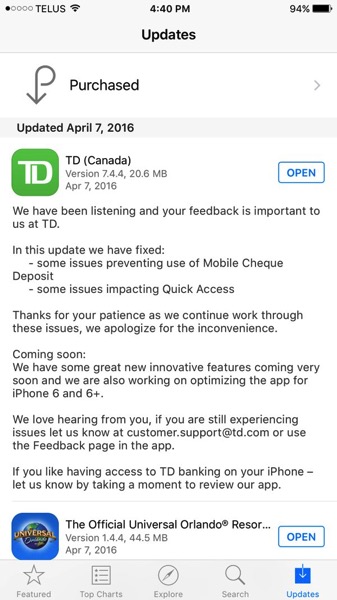 Last year, TD launched an all-new iPhone app but it did not come with iPhone 6 or iPhone 6 Plus display support out of the box.

Let’s hope these upcoming optimizations is the implementation of Touch ID for logging in or even 1Password support, as that would making logging in with complex passwords much easier. Oh, and we might as well ask for Apple Pay support by TD Canada Trust while we’re at it too, right?