For TD Canada customers that also have U.S. accounts, the bank has updated their iPhone app to allow for more flexibility when it comes to managing all of your U.S. bills.

Today’s update adds the ability to submit and setup U.S. bill payments (conditions and fees apply), register for the U.S. bill pay feature plus make it easier to toggle between both your Canadian and American bill payees: 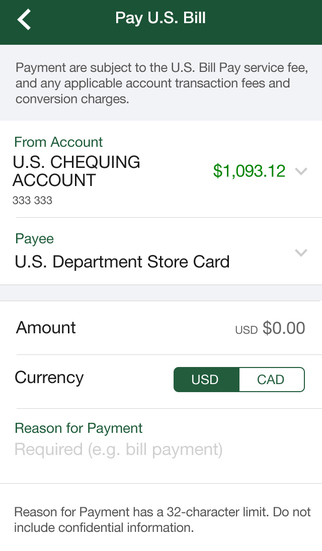 TD previously launched support for the Apple Watch when the wearable launched. TD Bank in the USA supports Apple Pay and many Canadians are banking on the institution to support the mobile payment here as well. TD previously said Apple Pay in Canada “is ultimately Apple’s story to tell.”