So you are a developer with a great idea, a laptop and some money, and you want to optimize your app to function well on the majority (let’s say 80%) of the connected mobile devices currently in use. How many different models you need to support? 156, Flurry’s recent study reveals. 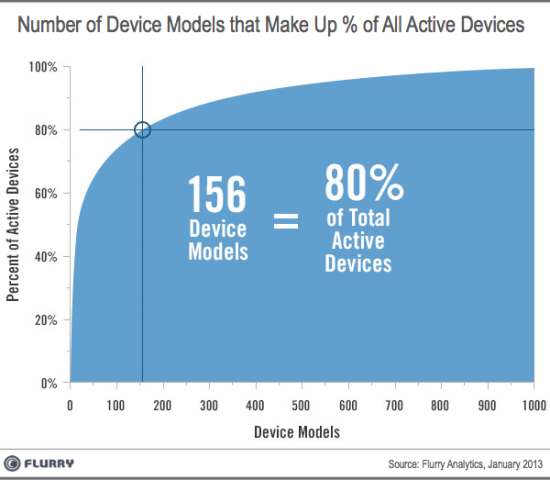 This is one of the major reasons why developers tend to prefer iOS, despite the adaption requirements for different versions of the same platform. And this market fragmentation is the major reason why small developers are falling behind when it comes to competing with larger companies: Their apps won’t work at all or won’t work well on most device models. 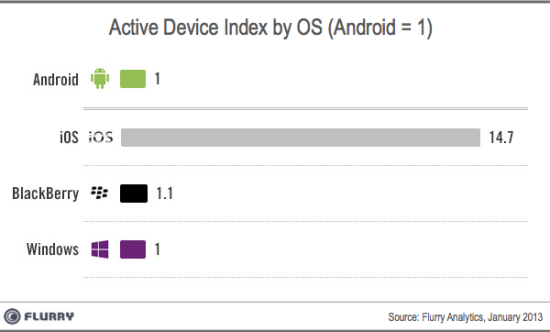 The best option: Apple’s iOS. This is why we could see the renaissance of games developed by indies, but with the App Store’s growth the image has suffered a slight change.

With iOS, developers have the opportunity to focus on the device models used by the greatest number of people. To put that in numbers: iOS platform averages 14 times the number of active users compared to device models running on Android. 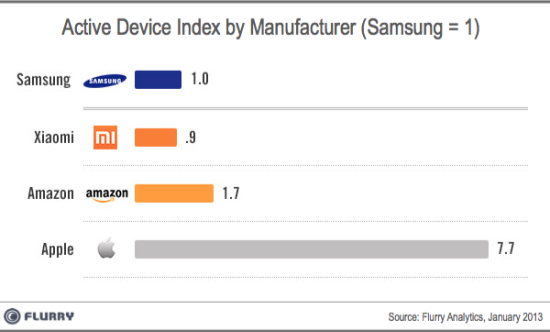 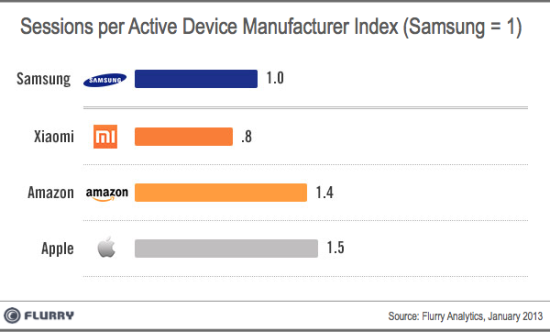 But, of course, if you only opt to develop for iOS, you “limit” yourself to the 500 million iOS users…